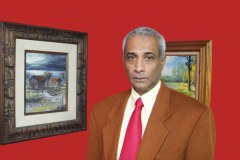 During my wonder years, I used to walk on the sandy beds of river Mahawali collecting pebbles. As I searched for treasures among the stones, I was unaware that the island of Sri Lanka had been blessed with endless streams of precious gems.  Today, whenever I hold a gem between my fingers, I envision the beauty of the island and its rich soil.  I enjoy the purest physical pleasure from the energy I receive from these wonderful gifts of the creator.  I feel complete and whole, as though the perfection of the gems is somehow transferred to me.

In the ancient world, Sri Lanka was known by many names. Second century Greek

geographers called it Taprobane.  Third and fourth century Arabic and Persian traders referred to Sri Lanka as Serendib. (From which we find the origin of the word serendipity.)  In the sixteenth century, the Portuguese gave Sri Lanka the name Ceilao when they arrived. When the British arrived and claimed the land as a British Colony, the Portuguese name was translated into English as Ceylon.  The island became the Democratic Socialist Republic of Sri Lanka in 1972.

Geologically, it has been estimated that nearly 25% of the total land area of Sri Lanka is potentially gem bearing.  The highlands of the island are especially laden with complex gemstone deposits. are most abundent in the gem fields such as Ratnapura, Elahera, Walawe and Ballangodde. There are also many potential gem-bearing areas awaiting exploration. It is quite likely that the jewel box of Sri Lanka will continue to produce its precious treasures for centuries to come.

There is a long and rich history of producing and trading precious gems within the eastern world.  Looking through historical and fictional writing, it is easy to establish the longstanding connection of Sri Lanka to this gem industry.  The rich and deep cultural connection, has even earned the island the title “Pearl of the Indian Ocean.”  Merchants of the coastal towns in Arabia grew so rich, that Greek and Roman historians observed that their doors, walls, and even the roofs of their houses were beautifully inlaid with “ivory, gold, silver, and precious stones from the land of Serendib (Ceylon).”

Legend says that King Soloman of the bible wooed the queen of Sheba with precious stones taken from the “paradise island” of Sri Lanka.  In the second century, astronomer Claudius Ptolemy, recorded that “beryl and sapphires were the mainstay of Sri Lanka’s gem industry”.  The awe-inspiring stories of Sinbad the Sailor are full of rich accounts of Sri Lankan gems and gem deposits, bearing further evidence of the influence of the island’s gemological bounty on the writing and story-telling of the eastern cultures.

In his classic work, ‘Divestment dou Monde’ (Description of the World), Marco Polo, the medieval Venetian traveller and chronicler (c. 1254 – 1324) wrote of the abundance of gemstones during his 1292 visit to Sri Lanka. “Iwant you to understand that the island of Ceylon is, for its size, the finest island in the world, and from its streams comes rubies, sapphires, topazes, amethyst and garnet”.  Sixteenth century Portuguese explorer Vasco de Gama noted that “Ceylon has all the fine cinnamon of the Indies and the best sapphires.”

In 1344 Ibn Battuta, the reputed Islamic scholar and traveler  in his travelogue

wrote that “gems are found in all localities of the island.  All the women of the possess necklaces of precious stones of diverse colors.  They wear them on their hands and feet in the form of anklets and bracelets.  I have seen on the forehead of the white elephant several of these precious stones, each of which was larger than a hen’s egg”.

In the seventeenth century, sailor Robert Knox wrote, “In this Island are several sorts of precious stones, which the king for his part has enough of and so careth not to have more discoveries made. Also there are certain rivers out of which it is generally reported that they do take rubies and sapphires and catseyes for the king’s use. And I have seen several pretty colored stones, some as big as cherry stones and some as buttons, and transparent, but understood not what they were. Rubies and sapphires I myself have seen.”

Indeed, the island is considered by many to be one of the oldest sources of sapphires

in the world.  Perhaps Dr. Eduard J. Gubelin the famous gemologist, summed it best when he said: “The island of Ceylon was the world’s first source of sapphires and remained the premier supplier of these gem-quality stones for centuries. No sapphire in the world can equal that obtained in Sri Lanka”

Sri Lanka Gems Adorn Many Crowns Around the World

Blue Giant of the Orient

At 486.52 carats, this gem is considered to be the largest blue sapphire in the world.  Discovered in Sri Lanka in 1907, the gem was sold to an anonymous American collector and connoisseur of gemstones and art works.  Nothing was heard of the stone until 2004, when the “Blue Giant of the Orient suddenly appeared at a Christie’s Magnificent Jewels sale held on May 19, 2004 in Geneva, Switzerland.

This 478.68 carat cushion cut deep cornflower blue of Sri Lankan origin could be the most famous and historic sapphire.  The gem was originally purchased by King Ferdinand of Romania for his beautiful consort Queen Marie (1875 – 1938).  On November 19, 2003, the gemstone came up for auction at Christie’s Geneva under the title of “property of a noble family.”  The buyer of the gemstone is unknown.

The Logan is a 423 carat rich deep blue sapphire that was discovered in Sri Lanka.  The gem has ben set in a brooch and surrounded by twenty round brilliant-cut diamonds.  The gem has been named in honour of Mrs. John A. Logan.  She donated the stone to the Smithsonian National Museum of Natural History in Washington, D.C. in 1960.

Sri Lanka in 1926.  The word “belle” refers to the extraordinary beauty of this enormous beauty of this blue sapphire owned by Lord Naffield of Britain.  The fate of the “Blue Belle of Asia” after his death is not known.

This Sri Lankan blue sapphire is 260.37 carats and was purchased by the Russian Emperor ALexander II in the London Great Exhibition of 1862 and presented to his wife Empress Maria Alexandronova.  Two years after her death in 1880, the gem was donated to the State Diamond Fund of theRussian Federation where it is proudly displayed at their museum in Gokhran, Russia.

A 98.6 carat cornflower-blue sapphire discovered in Sri Lanka in 1920.  The gemstone was gifted to countess Mona von Bismarck, the fashion icon of that era, by her third husband Herrison Williams in 1926.  Mona von Bismarck donated the stone to the Smithsonian National Museum of Natural History in Washington, D.C. in 1967.

This gemstone is a 563.35 carat grayish-blue star sapphire discovered in Sri Lanka.  J.P. Morgan donated the Star of India to the American Museum of Natural History in New York in 1900.

The Star of Artaban is a 316 carat blue star sapphire of Sri Lankan origin.  The

gem was purchased by a member of the Georgia Mineral Society toward the end of 1943. It was later presented anonymously to the Smithsonian National Museum of Natural History in Washington, D.C.

This grayish-blue star sapphire is 193 carats and was discovered in the 20 th century in Sri Lanka.  It was originally owned by Allan Kaplan who sold the gemstone to the Royal Ontario Museum in 1958.

The Star of Bombay is a 182 carat violet-blue star sapphire discovered in Sri Lanka.  Given as a gift to Mary Pickford by her husband Douglas Fairbanks in the 1920’s. She bequeathed the gemstone to the Smithsonian National Museum of Natural History in Washington, D.C., sometime before her death in 1979.

At 138.7, the Rosser Reeves Star Ruby is one of the world’s largest and finest star rubies.  This Sri Lankan stone is renowned for is fantastic colour and well defined star pattern.  Advertising mogul Rosser Reeves donated the piece to the Smithsonian National Museum of Natural History in Washington, D.C. in 1965.

The Midnight Star Sapphire is a 116.75 carat deep purple-violet star sapphire.  It was discovered in Sri Lanka in the 19th century.  J.P. Morgan donated the Midnight Star to the American Museum of Natural History in New York in the 1900s.

This collection is made up of three blue star sapphires – 188 carats, 158 carats and 153 carats respectively – of Sri Lankan origin.  They were a part of J.P. Morgan’s personal collection and were donated to the American Museum of Natural History in New York.

The Eye of the Lion

This 465 carat chrysoberyl cat’s eye gemstone was discovered in the late 1800’s in Pelmadulla, Sri Lanka.  It was originally owned by a family descended from King Rajasinghe the First, who ruled the island nation from 1581 to 1593.  The family appropriately named the gem “The Eye of the Lion.”  After the Smithsonian expressed interest in acquiring the gemstone in 1978, nothing was heard of it for nearly three decades.  The stone resurface in 2006 to visit the AGTA gemological testing center’s New York lab in the hands of gemstone dealer Jeffery Bergman of Primagem, Bangkok, Thailand.

At 500 carats, the Hope Cat’s Eye is the world’s largest chrysoberyl cat’s eye.  It iscarved to represent an alter surrounded by a torch.  Owned by the wealthy British banker and gem investor Thomas P. Hope, it is now on exhibit at the British Museum of Natural History.

This 101.01 carat violet-blue star sapphire was originally discovered in Sri Lanka and is now in the hands of a private collector in Seattle, USA.

The British Royal Jewel is a 105 carat chrysoberyl cat’s eye of exceptional quality, discovered in Sri Lanka.  It acquired great fame when it was purchased for the British Royalty from a reputed London jeweler around 1900.  It is said that this cat’s eye was cherished by four British monarchs: Edward VII, George V, Edward VIII, and Queen Elizabeth II.

The Ray of Treasure is a 103 carat chrysoberyl cat’s eye  discovered in Sri Lanka.  This gemstone is a fine example of the most desirable qualities of cat’s eye stones.  It is currently part of the collection of the National Gem and Jewelry Authority (NGJA) in Sri Lanka.

The 58.19 carat honey coloured chrysoberyl cat’s eye discovered in Sri Lanka is one of the finest gems of its kind.  It is currently displayed in the Smithsonian National Museum of Natural History in Washington, D.C.

This 361 carat red spinel discovered in Sri Lanka and was once thought to be a ruby.The gem was originally owned by the Mogul Emperors of India who had their name engraved on the stone.  The Timur Ruby now finds its home among the crown jewels of Great Britain owned by Queen Elizabeth.

This unnamed gemstone is a 393 carat blue star sapphire discovered in Sri Lanka in 1970.  It is part of the collection of the National Gem and Jewelry Authority (NGJA) of Sri Lanka.

This 170 carat Sri Lankan red spinel is an extraordinary piece with a unique history.  Henry V of England wore a gem-encrusted helmet that included the Black Prince Ruby. Richard III is also reported to have worn the Black Prince Ruby in his helmet at the Battle of Bosworth Field where he died.  It now forms the centerpiece of the imperial state crown of Great Britain and is exhibited in the tower of London.

The Pride of Sri Lanka

The Pride of Sri Lanka is an 856 carat deep blue sapphire.  This gemstone was

discovered near Ratnapura in 1998.

This stone is a 250 carat deep-blue sapphire discovered in Pelmadulla, Sri Lanka.

This is a large homogenous corundum crystal showing parallel growth.

This large aquamarine crystal weighs 7.5 kilograms and was found near Hatton, Sri Lanka.

a) Orange Sapphire (825 carats) – It was transparent and free of cracks.

d) Blue Sapphire (254 carats) – This was a deep-blue sapphire

Zeyan hashim is an exponent of gems, collector of rare gems & minerals, author, naturalist and a philanthropist pursuing a challenging goal of educating the world. View all posts by zeyanhashim